my memorable trip to gangtok 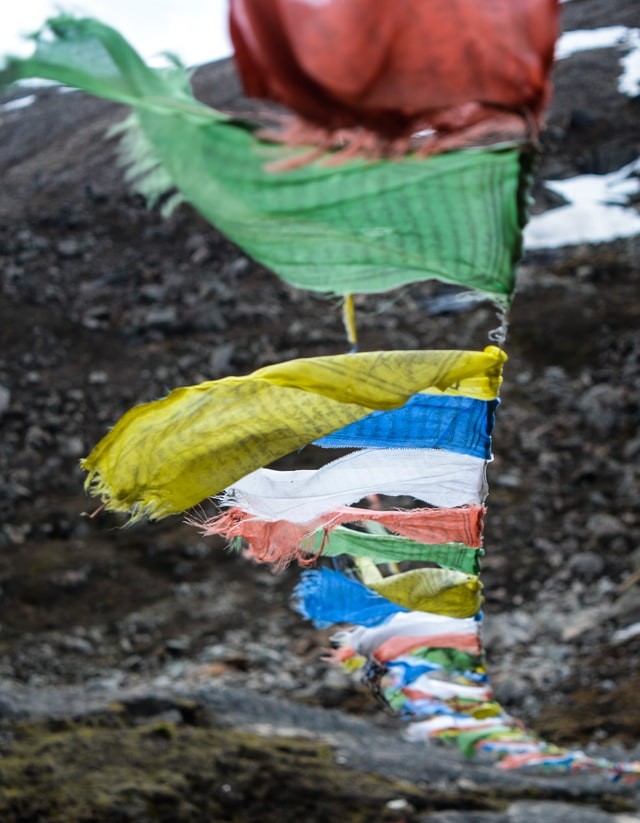 Travelling is all about making memories and memories last forever.

As the world suddenly halted for months due to the pandemic, work from home, Google meets, wearing a mask in public became a daily part of our life. After few months, situations were getting controlled and the lockdown was also getting lifted in all parts of the world. Before joining an office, I had a sudden urge to take a solo vacation for a couple of days to some beautiful hill station, so a few of my friends suggested I travel to Sikkim as it is safe for a female solo traveler and is also nearby to my city Guwahati.

For arranging the trip, I contacted Wecare holidays as I was in touch with them because previously I gifted a honeymoon trip to a friend of mine through them and service was undoubtedly the best one. Ms. Indra helped me in customizing my trip of 3 nights and 4 days. She did her best and provided me with the best package which included both transportation and accommodation. There is a saying that good things come in small packages, and it proved.

I started with the itinerary suggested but in search of something extra I kept on changing it throughout the journey. I will be sharing my journey with some extra information so that anyone who reads this finds it helpful.

As I loved chilly cold weather, I planned my trip for the month of November. So on the 12th of November, I left Guwahati airport around 1:30 and reached Bagdogra airport (nearest airport of Sikkim and Darjeeling) after 2 hours. As soon as I collected my stuff, the driver was waiting there for me outside the airport. We had some chats and left for my destination, after 25 minutes drive we left behind rustling busy Siliguri city. The journey was going amazing as I could breathe fresh air as the way was covered with dense green forest. Throughout the journey, I was able to witness the amazing view of the river Teesta, Coronation Bridge, and many more.

After few hours of drive, we stopped by a place called “Kirney” to have some lunch. It is a small market-like area covered with numerable restaurants, as I was super hungry throughout the journey without a second thought I ordered the Nepali thali which the driver suggested to me, and god it was large. I spent few minutes strolling in and around that area after finishing eating and left for Gangtok. When we reached, it was already dark in the evening and was so tired, I checked in to the hotel and slept immediately because tomorrow was kind of a big day for me.

At first glance in the morning, Gangtok felt like any other hill station but when I explored the places, surely this place was gifted. Surrounded by the majestic Himalayas, nothing struck me like how clean and noiseless this city was. If you are one of the spirit lovers, visiting this state should be on your bucket list.

So I already had a day-to-day itinerary, today was scheduled for Tsongmo Lake, Baba Mandir, and Nathula. We left for the place around 8 in the morning, the way that led to the lake was rugged with hairpin bends. You need to have the permit to visit the place a day prior and it was arranged by my travel agency. And foreign nationals need a special permit. Traveling for almost 1 and half hours, we finally reached the lake.

Tsongmo Lake is known for its color-changing patterns in every season. Most of the time in winters the lake remains frozen. The lake is also considered as one of the holy lakes of Sikkim and water of the lake is accumulated by the melting of glaciers nearby.

I was mesmerized by the beauty and surrounding of this lake, as the lake was partially covered with snow and the view of nearby snow-peaked mountains looked very captivating. The surrounding of the lake is also covered with numerous colorful shops from where you can rent gumboots, jackets, and traditional dresses. Lake Site also has food stalls where you can slurp a warm bowl of noodles or tasty momo enjoying the view. You can also do a short ride on the beautifully decorated yak for 10 to 15 minutes which will cost up to Rs 300 to 350 per person.

And cable car ride at Tsongmo Lake is one thing you just can’t miss, as you can see the jaw-dropping view of the entire lake area. I have always been afraid of height but this was something that I could not miss.

After having a thrilling ropeway ride and a hot bowl of Maggi at the food stall, we visited Baba mandir also known as “Baba Harbhajan mandir” which is a shrine built in honor of an Indian shoulder who was martyred in Nathula (Indo-china border). Located between Nathula and Jelepla pass at an altitude of 13,123 ft, the locals here believe that the spirit of a soldier is still alive and guards the premises and also warns soldiers if there is any kind of danger.

Over the years this place has become a site for pilgrimage, inside a temple, you will be able to see a large photo of Harbajan Singh which is worshipped. On one side of the temple, there is Harbajan Singh’s office where it is believed that he carries his day-to-day work. Temple is located on the roadside surrounded by awfully beautiful mountains sharing a magnificent view.

After quick sightseeing, we left for Nathula because my driver warned us that weather could go bad and the gates of Nathula will get closed by 2 pm and it was already noon. As the conditions of the road were nice except few places where it got really narrow and rocky, it took us almost 45 minutes to reach the location.

Nathula is a mountain pass that co-joins India and China. Situated at an elevation of 4,310 m, this place shares an amazing view like wide ranges of mountain peaks and surreal surroundings. As photography is not allowed in that area, all we could do is capture the serene view in our minds itself. In Nathula you can find a small shop, where you can buy souvenirs for your friends and family.

I reached Gangtok around 5 in the evening and dropped my plan to explore the local market as I had a very hectic day.

This day or my last day in Gangtok was already set up for a complete city tour by the agency but I changed the plan by only covering main sightseeing points as I wanted some more time to stroll around the market. So on this day, I covered places like:

Tashi viewpoint: This viewpoint is located at a distance of approximately 7 km away from the main market of Gangtok. The weather should be in your favor if you are going to visit this place. On clear days, you will be able to witness an entire range of Mt.Kanchenjunga. This viewpoint is probably the best one in Gangtok.

Fortunately, the day was kind of warm and sunny and I was able to see the eye captivating view. And on the way to the viewpoint I came across this natural waterfall called “Bakthang waterfalls”, it’s worth stopping for some time, while height is not so big but the width of the waterfall makes it a beautiful one. The waterfalls directly on small green mosses. There is also a zip line where you can do some adventure. Though the length of the zip line is really short I gave it a try anyway and it was surely a memorable one.

After spending some quality time at both places, I moved towards a place called Hanuman Tok and Ganesh tok. As both, the names signify a religious site but this place shared so much more than a temple. Both the places were located at a hilltop from where you can see a magnificent bird's eye view of Gangtok city.

As I told you that I kept sightseeing limited, my activity got finished around 1 pm. My driver dropped me nearby M.G Marg and I left to explore the local market all by myself. I stopped by Bakers café to get lunch, finishing I quickly left for the local market. One can say that without visiting M.G Marg, Gangtok is incomplete. This Marg is called the “heart of Gangtok”, it is a long stretch of boulevard square filled with numerous pots of bloomed flowers where tourists and locals leisurely roam or relax on the benches laid along the sides.

The road is lined up with eye-catching restaurants, fast foods, cafes, boutiques on both sides. This place “Thado line” is a stretch connecting M.G market to Lal market, the place is densely covered with small shops where you can find anything right from woolen jackets to handmade products at very cheap rates. I also bought some souvenirs for my close ones like a dragon cup set, prayers flags, Temi tea leaves, and many other kinds of stuff. I too strolled around Tibet road where I found the small shop where I had the best street food of my life. Afterward having dinner at Nimtho restaurant which happened to be best for local cuisines, I left for the hotel.

So this is my 4 day trip to Gangtok which was a much-needed vacation to me. I was refreshed till my soul. There are only a few visits that leave an impression on you and this trip was definitely a one.

Some extra tips for Gangtok:

If you are traveling in winters, do not ever forget to carry some extremely warm clothes as the weather fluctuates too often.

For best street foods, do not miss the shop at Tibet road called “Chacha ko dokan” famous for alu chewra and pakodas.

Roads leading to Gangtok are in very bad condition, so better be prepared for it.

You can buy many handmade products at a cheap rate in the Thado line, which you can carry as souvenirs for your friends and family members.

Starting from March to June and from November to February.