Make your trip complete in Nepal with Mahendra cave 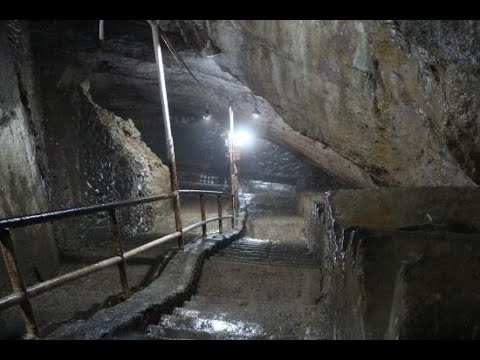 Nepal, in terms of tourist destination, was overshadowed by India’s tourism. However, slowly as the years went by, with the new finds of Mount Everest and Boudanath temple, Nepal has become an emerging destination for millennial travellers. Lately, the Mahendra cave, which was found by the locals in the 1950s, has now been added to Nepal’s must-visit list.

Mahendra cave is a magnificent cave that tourists can explore in the town. The cave is named after King Mahendra Bir Bikram Shah Dev and is a vast natural formation in limestone. Hindus consider the cave sacred and have installed a statue of Lord Shiva, but geographically, this is a cave with calcium salt deposits forming stalactites and stalagmites

Mahendra Cave was discovered in the mid-1900s by shepherds and has been carefully studied by researchers from the United Kingdom in 1976. The geology & biodiversity of the cave and its surroundings have been documented as a part of the research. The information from the region is deemed necessary for future expeditions and is, to date, used as reference material by scholars.

The cave corridors are completely dark with continuously dripping water overhead. The cave is formed in limestone, which falls to the ground and continuously forms electrical sparks. Due to the darkness, artificial lighting is provided inside approximately half of the accessible cave. The cave consists of about 100m of easily accessible passages and a further 100m of low unstable corridors entered by way of a collapsed passage only perhaps half a meter high. A survey of the entire cave and lists of the bats and invertebrates living inside are found in the report of the 1976 British cave expedition to the region.

The place where Mahendra cave lies is full of greenery. The grazing horses and mules can frequently be observed in this area. This place lies at the bottom of a hill covered with greenery. Many surrounding hills full of greenery can be observed from here. Another great cave called Bat Cave can also be visited by traveling in the trail path just beneath the hills within ten minutes by foot.

So today, we will explore in brief the underrated spot of Mahindra Cave that will inspire you to add it to the must-visit list when visiting Nepal.

How to get there?

The Mahendra cave is easily accessible by road and foot. The exact location is the Kaski district near River Sethi. There are taxis and buses available from Bokhara Airport to reach Mahendra cave in ½ -1 hour. If you would like to save commute charges, you can take a guided trek on foot, which takes 2 hours to reach there.

The Mahendra cave is best visited in October- November. It is recommended not to visit this cave during monsoon season as it will be more dark and slippery inside the cave. Visiting in October- November is the right time as the weather looks pleasant and more light will enter into the cave so as to make the cave less dark.

Feedback from the tourists

The tourists loved this spot for being one of the thrilling and adventurous places in Nepal. They also liked this cave for its rock formation and the waterfalls inside the cave. However, some tourists said the cave showed nothing interesting except the idol of Shivalinga and was darker when they went deeper.

In the end, the cave was worth one-time visitable.

1)     Even though there is electricity inside the cave, we recommend you switch on the torch while going deeper into the cave.

2)     Do wear the proper type of shoes or other footwear while visiting the cave to avoid slippery conditions.

3)     Do not go deep inside the cave to avoid getting lost.

5)     Avoid visiting the cavé during weekends as it will be crowded.

6)     There are souvenirs available to buy at the entrance of the cave.

7)     If you are traveling with children, do make sure that you hold their hand properly and carefully to avoid your children getting lost inside the cave.

Hotels in and around Mahendra cave

A part of OYO, this newly opened property is just 6 km away from Mahendra Cave. The rooms are equipped with a TV, a Private washroom, high-speed Wi-Fi and 24-hour inquiry desks. The guests here loved the property for its cleanliness, courteous staff, and free breakfast.

Situated in the hills of Sarangkot, the Superview Lodge might be a little far away from the Mahendra Cave but trust me; you will get an opportunity of viewing the Himalayan Mountains and make your stay worth it. The hotel provides basic amenities like Free Wi-Fi, Free Breakfast, Airport pickup and Currency exchange. The guests loved this property for its Friendly staff, Great location, and good organization of adventure activities.

Rated “Certificate of Excellence” by Trip advisor, the Himalayan front hotel is yet another hotel located in the hills of Sarangkot offering beautiful views of Himalayan mountains, Annapurna range, and greenery. The room is equipped with amenities like a TV, Free Wi-Fi, Free Breakfast, Swimming pool, and Airport Shuttle.

The guests here loved this hotel for amazing Mountain View, Great food, and courteous staff. Moreover, there are adventure activities available to make your stay in Bokhara Complete.

Situated 11 km from Mahendra cave, the hotel pristine Himalaya is situated in the middle of Nepal’s beautiful nature. The rooms are equipped with a balcony, which offers a stunning view of the snow-capped mountains. The hotel provides modern facilities like a Children’s playground, a Garden, Free Wi-Fi, and airport transfers. The guests here loved this hotel for easy accessibility from the city center, Courteous staff, and excellent location.

Rated 9.6/10 on booking.com and 5/5 on TripAdvisor, the three jewels boutique hotel is designed in a typical Tibetan style. The hotel “3 jewels” is named after the three jewels of Buddha i.e. the Buddha, the Dharma, and the Sangha. Situated 7kms from Mahendra Cave, the rooms are equipped with amenities that fulfill every millennial travellers’ needs like Airport transfers, free breakfast, and free Wi-Fi. The guests here loved this place for its excellent location, great food, and hospitable staff.

Other places to visit in and around Pokhara

Situated near the Mahendra cave, The name Davi falls has got its name from an infamous woman from Switzerland who accidentally drowned in the waterfalls and died. This amazing waterfall does not either connect with the river nearby, but the ending of the waterfall goes inside a small hole, which then you can see it in the Mahendra cave. This picture's queue waterfall is a delight for photography enthusiasts.

Visitors can try their luck on the luck pond constructed thereby throwing and placing the coin on the statue of God. Likewise, one can find a model of a typical Nepali house and a series of statues of Nepali people wearing traditional dresses where visitors can click photos. Once it was considered as a suicide point since the locals, as well as the tourists, jumped from the cliff down to the bottom of the fall.

Located near the Davis falls, the cave is divided into two sections, in which the tourist is allowed to get inside section 1 as the other section is closed as it leads to a narrow path thereby causing injury to the visitors. Inside the cave, you get to see the idol of Lord Shiva. Even though commercialization is growing rapidly in and around Gupteshwar cave, many environmentalists are currently towards conserving the cave.

In the 17th century, the Shiva lingam was discovered by a hunter who then informed about it to Maharaja Veer Vikram Dev, the king of the region who recently moved his capital from Nandapur to the newly formed city of Jeypore. Consequently, the king started a tradition of making a foot journey to the cave of Lord Gupteswar during the holy month of Shravana which goes to this day. Since then the lingam has been worshipped by the tribes and locals of Koraput region. In Shivaratri (a Hindu festival) Gupteswar Temple draws over 200,000 devotees from Odisha, Andhra Pradesh and Chhattisgarh. People suffering from incurable diseases come here to worship the god and remain here for months in the hope of getting cured.

An ideal spot for trekking enthusiasts and mountain lovers, this place acts as a Wikipedia on Mountains. It was founded in 1995 but was opened to the public in 2004 by the Nepal Mountaineering association, to create awareness and preserve the heritage of Nepal's Mountains. It is divided into three sections: Hall of Great Himalayas, Hall of Fame and Hall of World Mountains, where you can find exhibits of famous mountain peaks, brief about famous mountaineers, it's home to some flora and fauna, and the daily routine of Mountain residents. The International Mountain Museum was opened to preserve the culture and the nature of Nepal. The interesting fact is that the Everest conquerors Ms. Junko Tabei and Appa Sherpa inaugurated it.

Pride of Indian Army, the Museum pays tribute to the brave warriors of British Raj and their contribution towards India’s Independence. Inside the Museum, you can find the collection of Gurkha Uniform, Medals, Knives, and ammunition. Moreover, TripAdvisor rates it by Certificate of Excellence. The Museum is equipped with an audio and light show. The history of Gurkha Soldier transports back to history, where they were part of the British Army and later Indian Army post-independence. In the end, the Museum inspires the public to fight valiantly and display Never Give up Attitude.

Besides tableaux, dioramas, showcases and interactive touchscreen displays, there are visual and audio depictions of Nepal and of the Gurkhas' renowned military history, including the award of 26 Victoria Crosses. The collections tell the story of Gurkha service to the Crown in many wars and campaigns and describe the history of the four Gurkha regiments which transferred to the British Army in 1948 (the Royal Gurkha Rifles, The Queen's Gurkha Engineers, the Queen's Gurkha Signals and the Queen's Own Gurkha Logistic Regiment). There is also a library, archives facility and research room on the second floor.

Seti, which translates to “White Limestone Rock Base,” is one of the famous trekking spots for the tourists. You can extend your hiking to the place where the Seti River merges with the Trishuli River. The Seti River is considered sacred for the Hindu community. If possible, you can undertake a water sport activity of River Rafting.

Best time to visit: September to December and February to June.

Who doesn't like Butterflies? We can't miss those old days where our favourite pastime is playing with a butterfly. Nowadays, we still do not lose our enthusiasm to play with butterflies, and this Annapurna Butterfly Museum brings you the memories of good old days. The Museum is filled with diverse Butterfly species taken from both Home and Abroad, and you also get to see Corman Birdming, which is the largest butterfly of Nepal. The guests here loved the Museum for displaying diverse species of Butterflies and helping children increase their knowledge about nature's beauty.

Best time to Visit: Any time of the year except during Monsoon seasons

Situated in Annapurna Mountain range, the world peace pagoda was built by the monks of Japanese Nipponzan Myohoji organization, the temple is built to unify people from all around the world in peace and harmony irrespective of Caste or Creed. Inside the pagoda, you can find the statue of Buddhas, which were gifted as souvenirs from the popular Buddhist community in Kushinagar, Thailand, Bodh Gaya, and Srilanka. Moreover, after visiting the pagoda, you can see the view of the Himalayan Mountains and Fewa Lake.

You can reach the world peace pagoda through hiking expeditions.