Darjeeling and Sikkim is eye spot location for filmmakers 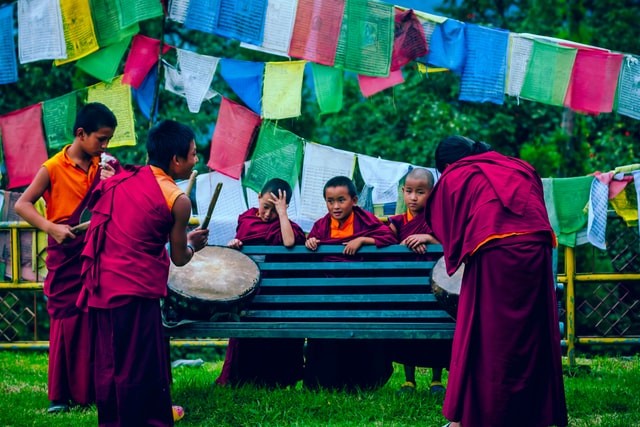 We have always been drawn to these two places - Darjeeling and Sikkim, for their snow, mist, fog, mountains, multicultural, tea, and toy trains. From time immemorial, various locations of these two northeast India have depicted numerous stories of love, loss, adventure, and freedom on the celluloid and It is always like a romantic saga.

Darjeeling and Sikkim share an iconic bond with the film industry of India. The makers and producers of Indian cinema have come here for their craft to be outspread in its true sense. Now let’s look into the details of the significance of these two places in terms of location and overall filmmaking business.

Sikkim is a state in northeastern India. It borders Tibet in the north and northeast, Bhutan in the east, Nepal in the west, and West Bengal in the south. Sikkim is also close to India's Siliguri Corridor near Bangladesh. Sikkim is the least populous and second smallest among the Indian states. A part of the Eastern Himalaya, Sikkim is notable for its biodiversity, including alpine and subtropical climates, as well as being a host to Kanchenjunga, the highest peak in India and the third-highest in the world.

Darjeeling is a city and a municipality in the Indian state of West Bengal. It is located in the lesser Himalayas at an elevation of 2,000 meters (6,700 ft). It is noted for its tea industry, its views of Kanchenjunga, the world's third-highest mountain, and the Darjeeling Himalayan Railway, a UNESCO World Heritage Site. Darjeeling is the headquarters of the Darjeeling District which has a partially autonomous status called Gorkhaland TerritorialAdministration within the state of West Bengal. It is also a popular tourist destination in India.

Both these heavenly places are located very close to each other making it a hotspot for tourists as well as explorers.

The age-old bond: If we walk through the corridors of film making, especially in terms of the Indian film industry, the contribution of the hill stations of Darjeeling and Sikkim is undeniable. Right from Raj Kapoor and Nargis starrer Barsat in 1949 to Barfi and Yaarian in recent times, many blockbusters have been shot here and many more are due to. The panorama of the majestic locations of Sikkim was caught in the frames of the famous film Jewel Thief where Dev Anand acted in his prime time. And how can we ever forget the mesmerizing tunes of Aradhana, which was shot in the hills of Darjeeling in 1969? The meandering roads of the hills and the glance of the toy train caught the attention of the entire population irrespective of their age. The list is endless if we talk about other hits like Bobby, Mera Naam Joker, and Road to Sikkim among others. The deep connection between Darjeeling and Sikkim and the film industry is still thriving.

Why Darjeeling is famous among directors

Filmmakers have been giving a lot of love and importance to this beautiful and serene hill station of North Bengal. Let’s find out the primary reasons for this.

The tea industry and Darjeeling are synonymous. The hill station is located at an elevation of 6710 ft. The youthful vibe and rich cultural heritage of the place attract both tourists and filmmakers. The pristine forests and holiness of this beautiful town create the perfect atmosphere for filmmaking. This UNESCO world heritage site is also famous for its beautiful weather and trekking opportunities. From Aaye Din Bahar Ke in 1966 to Barfi in 2012, Darjeeling has been the destination for numerous filmmakers. Now let’s talk about the famous shooting spots in Darjeeling, the most beautiful town in north Bengal.

Sikkim is emerging as one of the most promising film shooting destinations over the past few years. Various regional and biggest Bollywood films are being shot in this place. Last year, a Hindi film, Ladki, was shot in various scenic locations, including Yumthang valley, Lachung, Nathang valley, and several places of north Sikkim. Shooting films provide a great opportunity for local talents as well. Right from line producer to technicians to dancers, a lot of regional touches are associated when films are shot in such a natural and raw atmosphere. Since music legend A.R. Rahman has been appointed as the brand ambassador of Sikkim, a lot of enthusiasm has been going around about this place.

Places that make Sikkim a much sought-after destination for directors

Wonders come in small packages. This saying comes true when you visit Sikkim. Tucked away in the lap of the enormous Himalayas, Sikkim is the second smallest state in the country. It is the gateway of northeast India. Let’s find out the charismatic locations of this state where every frame of a film shot creates magic.

Package perk to film units: The Bengal tourism development corporation is ready to woo filmmaking crews that are scouting for shooting locations. Several packages designed to cater to their individual needs and overall support. Logistic assistance, accommodation, bulk booking of various outdoor facilities, and technical support, along with booking private properties at discounted rates, such cooperation is being extended to the filmmakers and their teams by the government of both these states.

The USP behind locations: Many regions of Darjeeling and Sikkim are free for shooting. Even the popular places mentioned above are available at a very economical rate. That is why the increased number of both regional and national level directors are moving in these places with the teams. And the number will rise further. Films based on world tourism, wildlife, and conservation of nature and its resources are also shot in these two places on a regular basis.

Darjeeling and Sikkim are thriving locations for film shooting. With all required amenities and support systems build here, these two places are changing the cliché concept with the outdoor shooting. New, pristine locations, young local talents, and supportive governmental gestures are all the budding and experienced directors looking forward to turning their ventures into reality in the hills.

Mode of Reach to Sikkim:

Sikkim Helicopter Service: Bagdogra is also connected with Gangtok by daily helicopter service operated by Sikkim Tourism Development Corporation, and it takes only 20 minutes to reach Gangtok from Bagdogra. The 5-seater helicopter makes traveling to Sikkim easier, along with being an incredible way of witnessing the majestic state, like never before. The passengers on this helicopter are awarded a Certificate of Participation by the Sikkim Tourism Development Corporation.

Road: Siliguri is more or less the main gateway to Sikkim. National Highway 31A connects Gangtok to Siliguri. The scenic lush green forests on the banks of river Teesta on one side and the Eastern Himalayan range on the other side make the drive worthwhile. As stated earlier, public vehicles including buses, shared jeeps and auto-rickshaws are available from Siliguri to Gangtok, Kalimpong, Kurseong, etc. at frequent intervals. You can also opt for a private cab from Siliguri to travel further.

Railway: Sikkim does not have a proper train network. The nearest major railway station is New Jalpaiguri (NJP) which is about 6-7kms from Siliguri and 130 km from Gangtok. Very few selective trains pass through Siliguri, which is approximately 114 km from Gangtok. Onward journey from Siliguri or New Jalpaiguri railway station is possible by road.

Air: The nearest accessible airport to Sikkim is in Bagdogra which is approximately 124 km from Gangtok, the capital city of Sikkim. Bagdogra airport has both public and private transport options for the onward journey. 50 meters away from the terminal building, the local taxi stand has both shared and private jeeps for Darjeeling, Siliguri, Gangtok, etc. Further down, around 700-800 m from the taxi stand there is good availability of public buses and shared autos for the same.

Mode of Reach to Darjeeling

Road: There is a regular bus service from Siliguri to Darjeeling which is approximately 70 km away. Bus services are also available from nearby towns like Kurseong and Kalimpong. Alternatively, you can also drive down to Darjeeling from nearby cities like Siliguri, Kalimpong, and Kurseong. The road network is quite good with stunning mountain landscapes.

Railway: The nearest railway station is New Jalpaiguri Railway Station (NJP) in Siliguri, 62 km from the main town. It connects all the major Indian cities like Delhi, Mumbai, Kolkata, Bangalore, Cochin, Chennai, etc. The Darjeeling Himalayan Railways' famous toy train service starts at New Jalpaiguri and will get you to Darjeeling in about 7 hours.

Air: Bagdogra Airport is the nearest air connection in Siliguri. The local carriers like Air India, Jet Airways, Indigo, SpiceJet, and others have direct flights from Delhi, Guwahati, and Kolkata. On reaching the airport, you can hire a taxi to get to Darjeeling, which will take you around 3 hours. BAGDOGRA AIRPORT - 38 km from Darjeeling