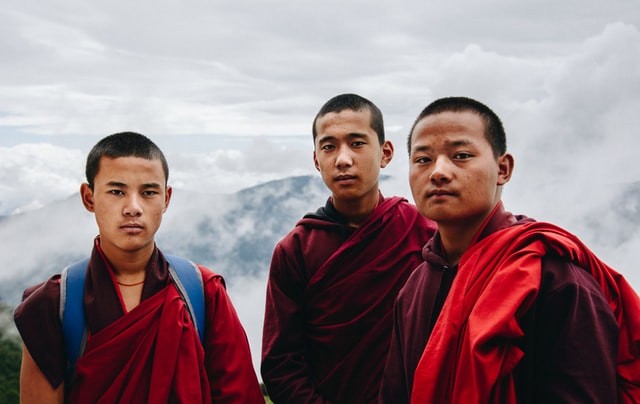 Sikkim offers so much right from the picturesque view of mountains, valleys, peaceful surroundings, delicious delicacies, diverse culture and so much more.

It is a small state situated in the northeastern part of the Himalayas in India, sharing its border with Nepal in the west, Bhutan in the east, and China in the northeastern part. It is covered with thick luscious green pine forest, thousands of wild species of flowers and animals, rustling perennial rivers and it is also a home to the world’s third-highest peak Mt. Kanchenjunga which is assumed as a revered deity by the locals.

Being a multi-ethnic state, Sikkim showcases a diverse culture and traditions as it is a land of rich cultural background and history and has been home to multiple ethnic communities. Many people have settled in Sikkim from other parts of India like Biharis, Marwaris, Bengalese, South Indians, and many more.

Since ancient times Sikkim was occupied by three tribes which include Bhutias, Lepchas, and Nepalese so they are regarded as the main inhabitants and all these communities have different traditions, languages, and living styles. All of these communities have their different cultural dresses that further divide into a wide variety and they wear it often on local festivals like Losar, Dasain, and Phang lhab sol.

IMPORTANCE OF CULTURAL DRESS IN SIKKIM

Around all corners of the world people follow their traditions strictly as they reflect integrity and history through their costumes. Cultural costumes are very important to Sikkimese people, as they give you distinct cultural and traditional appeal which makes anyone different from the crowd and if the significance of these garments is lost then culture will be affected. During the “Namgyal dynasty” the cultural dress was embraced by only the elite class as they brought class and status among the communities. In present days, the people of Sikkim wear cultural costumes representing their culture, traditions, unity, and history.

The Lepcha has their own different and independent costumes for both men and women. It is very colorful and attractive. As Lepchas are considered as real inhabitants of Sikkim and their cultural dress flaunts their culture, independence, rich language.

Women’s dress is mainly called “Dum-Bun” or “Dumden” is an ankle-length smooth silk dress similar to sari wore with a vibrant color loose-fitting blouse called “Tago” which is held together by waistband called “Naamrek” and to complete the look they wear white cap called “Gorey” on their head followed by simple pieces of pearl jewelry.

The male Lepcha cultural dress is called “Dumpraa” made up of cotton which is a multi-colored striped waistcoat pinned in one shoulder held together by a waistband called “gyatomu” worn with a traditional cap named “Sumok thyaktuk” and further followed by ankle-length trousers and white shirt. Men of Lepcha tribe wear “Dumpraa” which has three different designs.

Tagaap: It is the oldest Dum praa design. It has simple floral designs and patterns.

Tamblyoak: This style is made up of butterfly patterns.

There is an interesting distinction between the cultural dresses of Lepcha. While the calf length of bottoms of costumes indicates the life of marshy land and the flowy “Dum-bum” indicates they are dry-land inhabitants. Lepcha male costumes are coarse so they have to go on fields to work, while females have soft and silky costumes rendering the outfit graceful and feminine.

In present days, Lepcha people wear their cultural dress occasionally on festivals like “Phang lhabsol” it is celebrated to offer respect and homage to the Mt. Kanchenjunga and apart from paying homage they also celebrate it to commemorate the “Treaty of brotherhood between Bhutias and Lepchas”.

The Bhutia dress is one of the famous cultural dress of Sikkim as it used to be worn by the rulers of Sikkim “Namgyal dynasty”. This traditional outfit of Bhutia represents their history and identity.

The traditional dress of Bhutia is called “Bakhu or kho”. Apart from the fact Bakhu is sleeveless, it somewhat resembles Tibetan Chuba which is worn by both men and women.

Bhutia women and male both wear “Bakhu” which quite looks similar.

The dress is usually very long which resembles cloak style garment, tied on the neck and tightened around the waist by a belt, while women wear it with silky loose full sleeves blouse called “Honju” inside a “Kho” and a jacket from the outside called “Kushen” while some women wear “Pangen” which is multi-colored apron look-alike cloth tied on the frontal part of waist considered as a symbol of married women. Bhutia women follow it by wearing attractive pieces of jewelry made from gold and silver.

Bakhu has gone several modifications in the past years, Women wear it with jeans to add a western twist to it.

Nepalese constitute 80% of the total population considerably outnumbering the Bhutias and Lepcha, their culture and costume speak about unity, elegance, and grace. The Nepalese men of Sikkim wear a long double-breasted coat which is knee-length called “Daura” paired with loose-fitting trousers called “Suruwal” which resembles churidar pants, Askot (waistcoat) and belt called “Patuki” is worn to complement the Suruwal. They also carry a sharp knife look-alike called “Khukuri” and cap “Dhaka topi” on the head.

Adding to the grace of Nepali women, the traditional attire is called “Pharia” it is a long sari look-alike with vibrant color designs mainly in red and yellow worn with long sleeve, loose blouse fastened on the four corners called “chaubandi cholo”, and on the waist, it is tightened by a beautiful floral cotton cloth called “Hembari”. Shawl called “Majetro” is worn outside “chaubandi cholo”.

In addition to Pharia, the Nepali women of Sikkim also wear “Pacheuri” which covers heads while dancing.

Apart from that, there are many castes that belong to Nepali communities like Tamang, Rai, Gurung, Manger, Limbu, Kami, Damai, and many more and even cultural dresses also vary within these communities for example Rai women wear a blouse having a puffed sleeve with minimal embroidery and Rai male wears simple trousers and shirt with a waistcoat with black lining on the ends called “Phenga”.

There is an interesting ceremony in community of Brahmins. When the female child of the family reaches certain age of 12 to 13 years to make a mark of their womanhood and to celebrate the fact that she is slowly turning into a women, that ceremony is called “Gyonou cholo” in Brahmins is celebrated where the parents gift them a set of the skirt called “Gyonou” and a blouse called “cholo” followed by set of cultural ornaments.

All of the communities of Sikkim have glary ornaments which are mainly made up of gold and silver but a really famous product are bangles which are made up of seven metals. Sikkimese uses precious and semi-precious stones in chains, bracelets, finger rings, and other ornaments.

In the time of festivals and weddings, women are mainly seen wearing their traditional ornaments with their cultural dresses.

The outfits and jewelry is worn are the perfect blend of tradition, culture, history, and most importantly beauty.

The different communities have their own beautiful ornaments and the ornaments worn by Lepcha communities’ women are Namchok (earring), Lyak (necklace), and Gyar (bracelet). The pieces of jewelry worn by Bhutia women are Phiru (pearl ornament), Diu (gold bangle), Yencho (earring), Khao (necklace), and Joko (ring). There is an uncountable number of ornaments worn by Sikkim Nepalese women’s so curating it to only main ornaments are Golden pendant with green beads worn by married women called “Tilhari”, Kanth (necklace), Dhungri (nose pin), Bulaki(nose ring), sir bandi (tiara), Kalli (silver anklet), Naugedi(necklace made up of gold rings) and Makashi (Earring).

As styles and fashion have developed to more advances in a period of time but there are still remains of the past. Sikkim is home to multi-ethnic communities, uncountable numbers of festivals are celebrated throughout the year in an extravagant way when local people flaunt their cultural dresses with splendid colors. The main festivals celebrated are Phang lhabsol, Saga Dawa, Dasain, Dipawali, and Loosong.

Weddings are also one of the events where people wear their cultural dresses, as it is said that traditional or cultural outfits strengthen the core and roots of the culture which binds the folks into one. The bride and groom of all the communities of Sikkim wear their wedding costume in a very lavish way and when it comes to accessorizing the wedding looks both couples opt for the purest form of gold exhibiting simplicity and gracefulness.

Apart from Weddings and festivals, there are many tourism festivals to enhance the tourism in the state and on events like these you will be able to witness many people flaunting their cultural dress and dancing on traditional songs.

Sikkim has attracted many tourists for mesmerizing tourist places and nice lifestyle of people, starting from mighty Himalayan ranges, dazzling waterfalls to the green forest.

All the communities Lepcha, Bhutia, and Nepali of Sikkim have their own languages and scripts. Sikkim has 11 official languages Nepali, Hindi, Lepcha, Tamang, Newar, Gurung, Rai, Magar, Sunwar, Sikkimese, and English. Nepali is the lingua franca of Sikkim while Sikkimese (Bhutia) and Lepcha are spoken in certain parts.

The state has 28 mountain peaks and up to 80 glaciers.

Sikkim is one of the few states of India which receives snowfall.

There are many sightseeing places in Sikkim like Bakthang waterfalls, hanuman tok, etc. where you can try wearing the cultural dress and click a picture for remembrance. If you happen to be in Sikkim, make sure that you try it on yourself.